Why Are We Building Glasp? 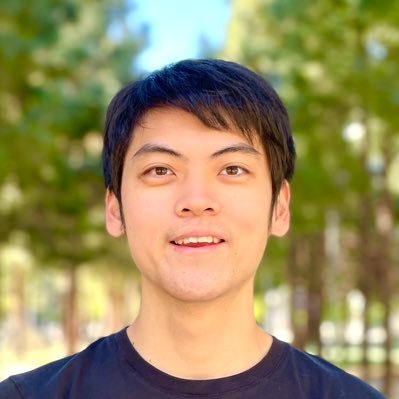 As my grandfather founded a construction company and my father founded an electronics company in Japan, I have been interested in the process of creating something and bringing it to the world since I was a kid.

When I trace the roots of my entrepreneurial spirit, I find that my grandfather had a particularly large impact on me. My grandfather came back from Manchuria after the end of the war and founded a construction company all by himself. At that time, he employed many foreigners living in Japan, and his steady work was recognized and awarded by the government. I grew up watching his back, and even though I was very young, I remember thinking that I wanted to be of use to the world through a steady way of life like my grandfather.

Then, at the age of 20, I was diagnosed with a subdural hematoma that suddenly paralyzed the left side of my body, and my doctor told me that I could go into cardiopulmonary arrest at any moment. I managed to survive through emergency surgery, but when I was confronted with the reality that I might disappear from this world, I remember feeling an inexpressible sense of fear and frustration welling up from the bottom of my body. At the same time, I was struck by the desire to prove that I existed in this world and that my life had meaning, and the urge to leave something useful behind for the world while I was still alive to feel a sense of contribution to humanity.

CT scan of my brain at that time. The white part is blood.

6–7 years later, I was devastated after I was kicked out from the first startup that my ex-cofounder and I cofounded due to the cofounder conflict. I was in despair because I couldn’t continue with the idea I loved. I didn’t know what to do next, so I read over 100 books written by great minds in human history because I thought those people might know the answer.

What I found out was that while many things change over time, one thing remains the same. That is human nature, that we want to leave something good behind for future generations. Otherwise, there is no way that books and traditions from over 2000 years ago would have survived to the present day.

I also realized that these messages from our ancestors are from a very limited number of people. Of the tens of billions of people who have existed in human history, only a handful have survived in the form of books and traditions. I thought this was a problem, and at the same time, I wondered how different the world would be if the rest of us had the power to preserve their learning and experiences for future generations.

Why can’t we learn effectively from the experiences of others?

At the same time, another question arose. “Why can’t we learn effectively from the experiences of others?” If everyone’s brains were shared in a common repository like Dropbox, I thought, I could always, or as needed, apply valuable information to valuable activities that I believed in.

As Bismarck said, “Only a fool learns from his own mistakes. The wise man learns from the mistakes of others.” If we continue to invent something without using any of the wisdom of our predecessors, it is more likely that it will end up being a waste of that person’s life. It is true that if you put an astronomical number of monkeys in front of a typewriter, one of them might be able to type Shakespeare’s “King Lear” without making a single mistake, but the probability of that happening is astronomical compared to the probability of success by humans who have acquired and shared language and knowledge.

It is often said, “Think outside the box,” but if you don’t know anything, you can’t, and unless you know a lot, you can’t be anything more than what you have been exposed to and experienced. I think it takes a lot of energy and luck to go beyond that.

Especially in this age of information overload, there are many opportunities to be exposed to noise that only feeds attention and unnecessary fear. It would be of great value to humanity and to all life on earth if the trajectory of experience that someone has followed throughout their life, especially the important parts of it, could be inherited and developed by the next person who takes the same path. I believe that as long as human beings continue to exist in this world, their legacy will remain.

Of course, humanity may eventually disappear in the timeline of the universe. Nevertheless, as long as that light exists, I will continue to see the possibilities and bet on them.

“The two most important days in your life are the day you are born and the day you find out why.” — Mark Twain

So, why are we building Glasp?

“Creating a system that allows everyone to share and develop their learnings as their legacy in a natural way.” This is what I want to accomplish with the rest of my life, and it is also the meaning of my life. This is my next challenge. I am sure that this mission will never change.

Having almost died when I was 20 years old, I truly wanted to create a system where all people can leave their learnings and experiences as a legacy to future generations, and more than anything, I wanted to commit myself to that throughout my life.

Through Glasp and my life, I want to “democratize access to other people’s learning and experiences that they have collected throughout their lives as a utilitarian legacy.”

Mahatma Gandhi said, “My life is my message.” Let’s make your message visible and accessible to other people.

This is the reason why our team and I am building Glasp. Let’s leave something good for future generations together!

Cofounder and CEO at Glasp

Glasp is a social web highlighter that people can highlight and organize quotes and thoughts from the web, and access other like-minded people’s learning.